Mitch Cullin is a Los Angeles-based photographer and writer. His books have been published internationally, including the novels ‘A Slight Trick of the Mind’ (also known as ‘Mr. Holmes’) and ‘Tideland’, both of which were brought to the screen by directors Bill Condon and Terry Gilliam, respectively. In 2011, he retired from fiction to focus his full attention on photography, and he now creates images that cut beneath the superficial veneer of the world to the psychological. 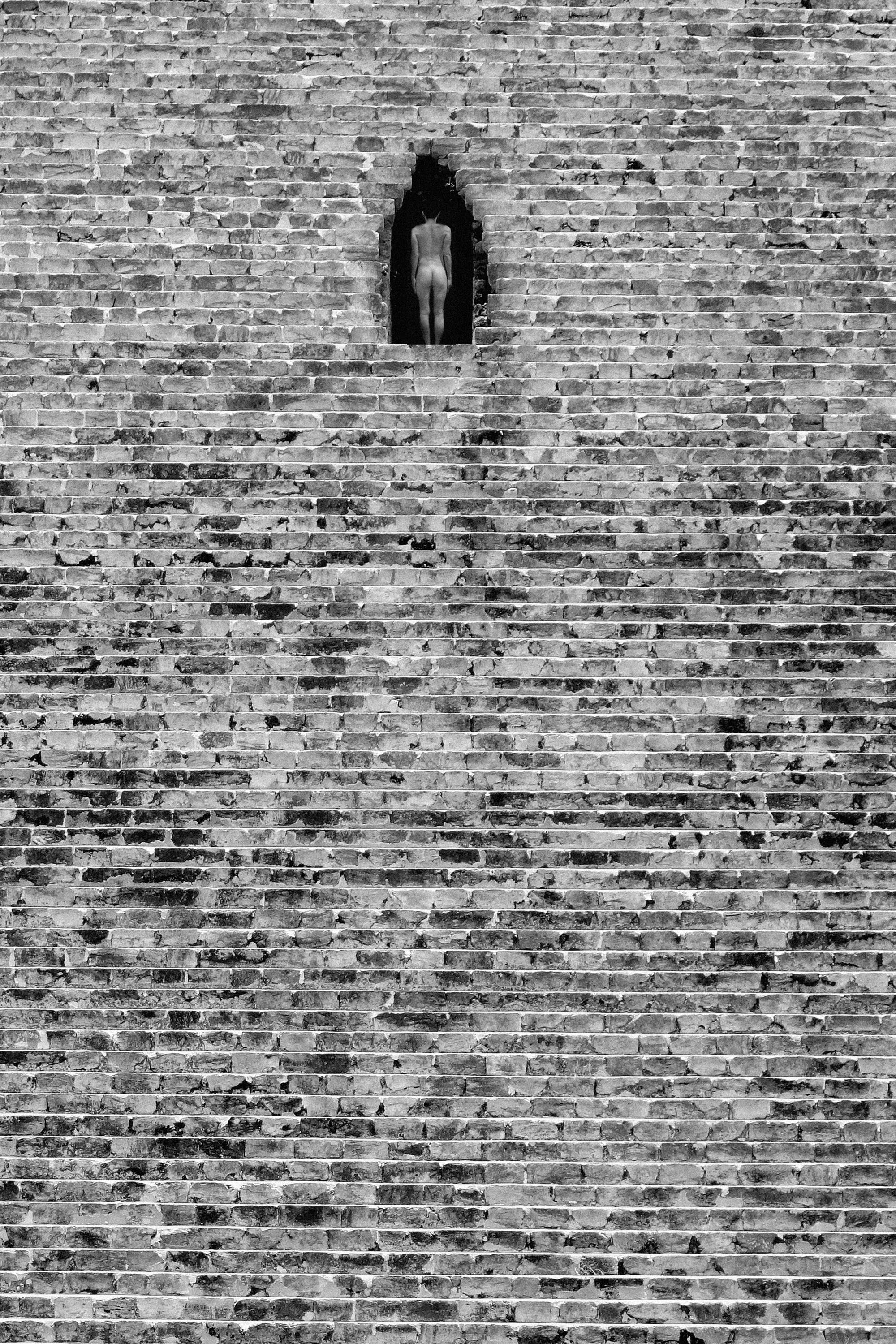 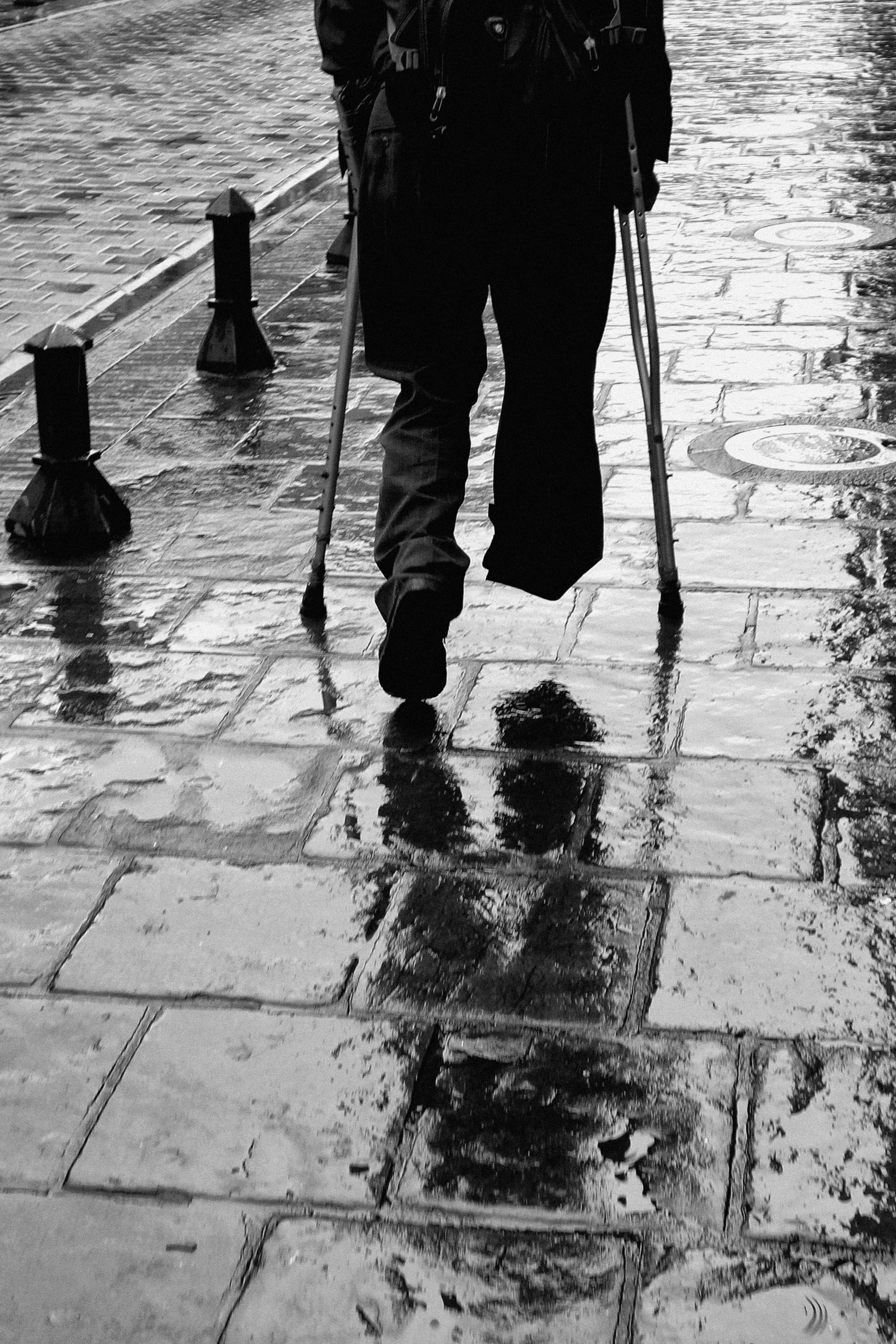 I started capturing images before the digital revolution in photography, and for a long while I was resistant to the idea of digital cameras and programs like Photoshop. But in time I embraced all of it, mostly because I found these new tools gave me a lot more freedom to create in an effortless manner. In truth, though, I don’t tend to use a digital camera any differently than I would with my old 35mm Minolta. And when I work in Photoshop, I’m still applying most of the same techniques that I used in darkrooms back in the day, just without all the chemicals, consumption of time, and cost. I suppose technology has made me a more efficient photographer, though I doubt that the images would be changed much without it. I should, perhaps, point out that I finally caved and got my first mobile phone last month, so I’m still a bit of a Luddite about some things. 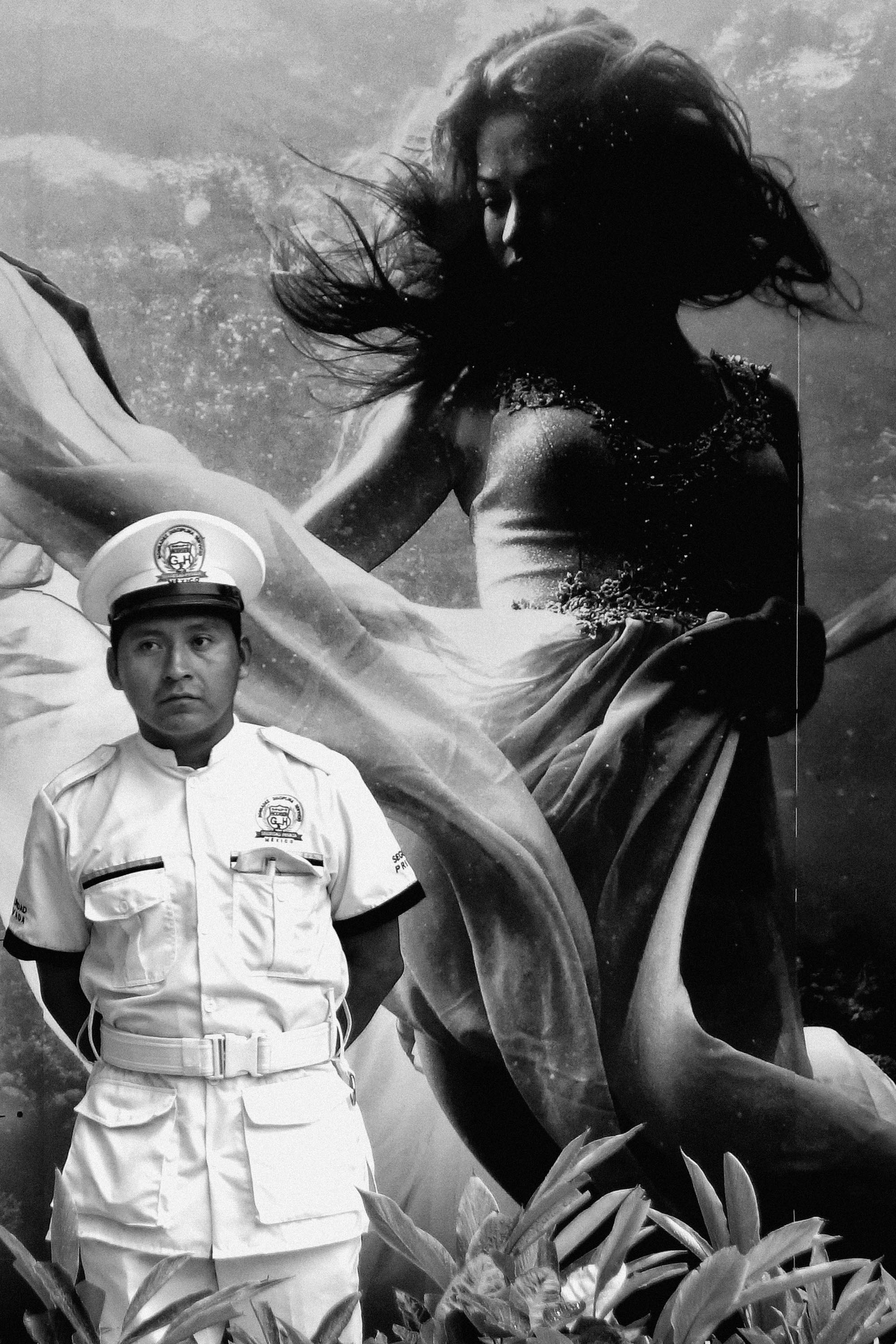 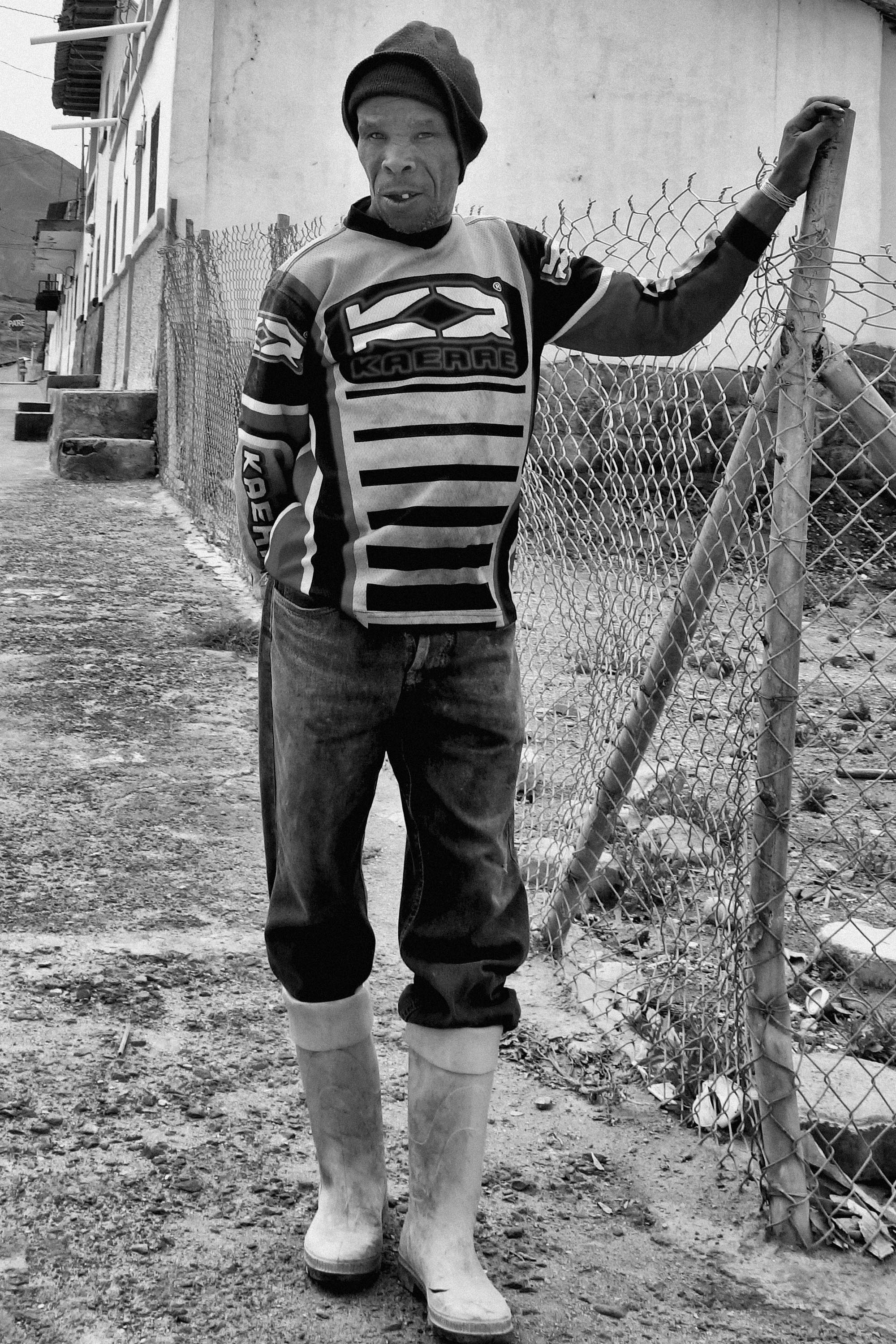 My father gave me my first camera when I was in high school, as well as a bundle of black & white film to use, and I took to it immediately, as if I had found a long lost friend or something. This would have been around 1984 or 1985. I was living in a very small town in West Texas, so I started using my camera as a way to document the people in my little community, mostly my friends. It’s odd to think about it now, but I was the only kid in that town who owned a camera of any kind. I was also the only person showing up at football games, ranching events, backyard BBQs, and cattle drives with a camera in hand. As a result, I became synonymous with taking pictures, to the point that people would call my house and ask if I could come over to their place to document whatever they had going on that weekend. Oddly enough, even to this day, those images from when I was in my late teens are still probably some of the best work I’ve done, and the fact that that town has all but disappeared makes them feel more poignant to me now. At some early point I just had an innate sense about how photography can defy time by preserving fragments of reality. If I had been that same kid now, I’m not sure the power of having a camera would mean as much to me, simply because any situation I’d want to photograph would also be captured at the same moment from various other angles by the mobile phones of my family and friends. 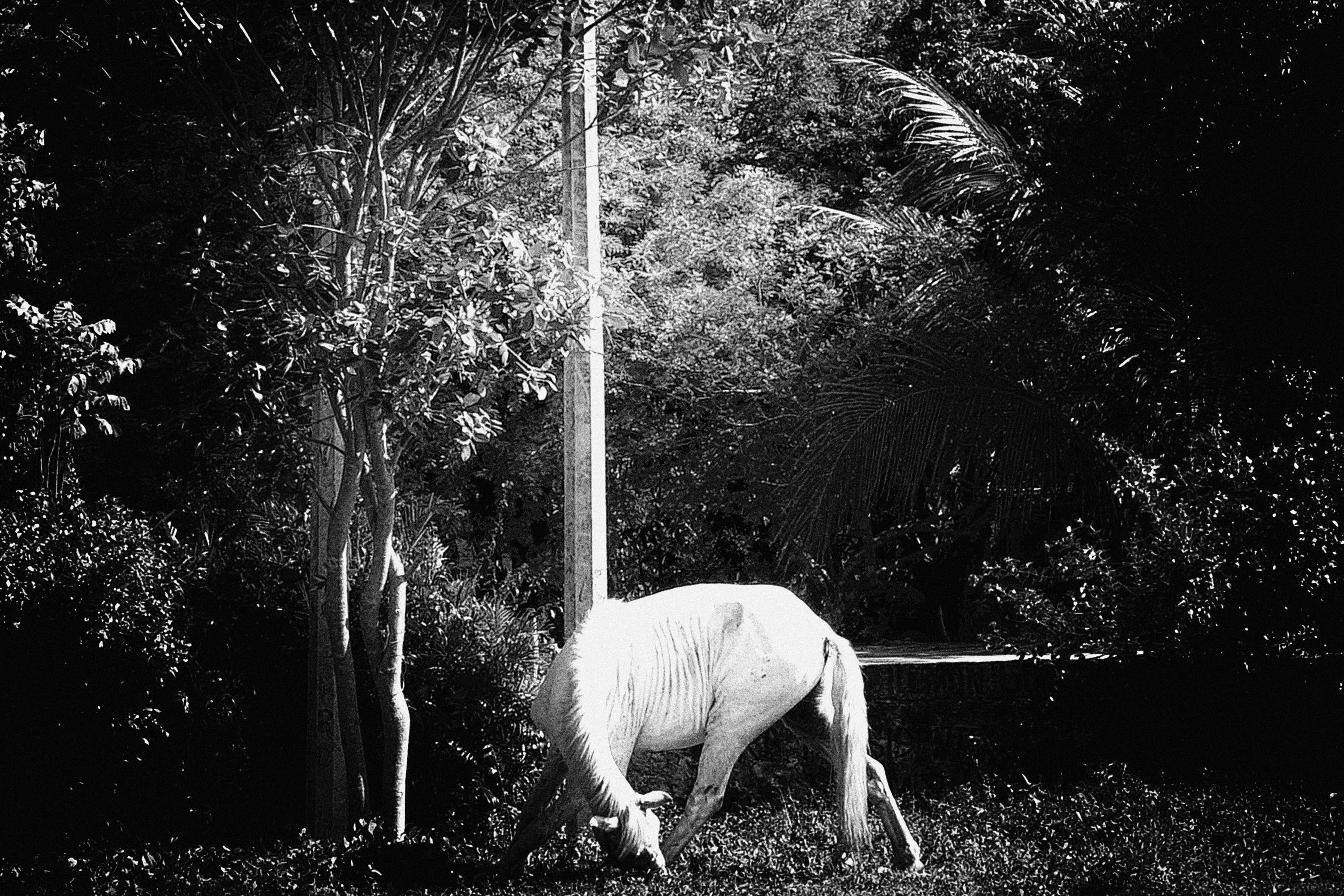 Both of my parents are no longer living, but when they were alive they did seem to appreciate my creative efforts. My mother was a painter and art professor, so she could be a little more critical and reserved in her praise. My father, on the other hand, was the opposite. He loved everything I did, even things I wasn’t all that proud of. That said, I never showed them any of my erotic images, and I have found myself at certain times somewhat relieved they weren’t around to see their only son’s naked body in sometimes rather indiscreet situations. Then again, my mother painted her fair share of nudes, and my father had photographed my mother nude in the early 1970s, so, who knows, they might have been fine with my occasional preoccupations with the human body, too. 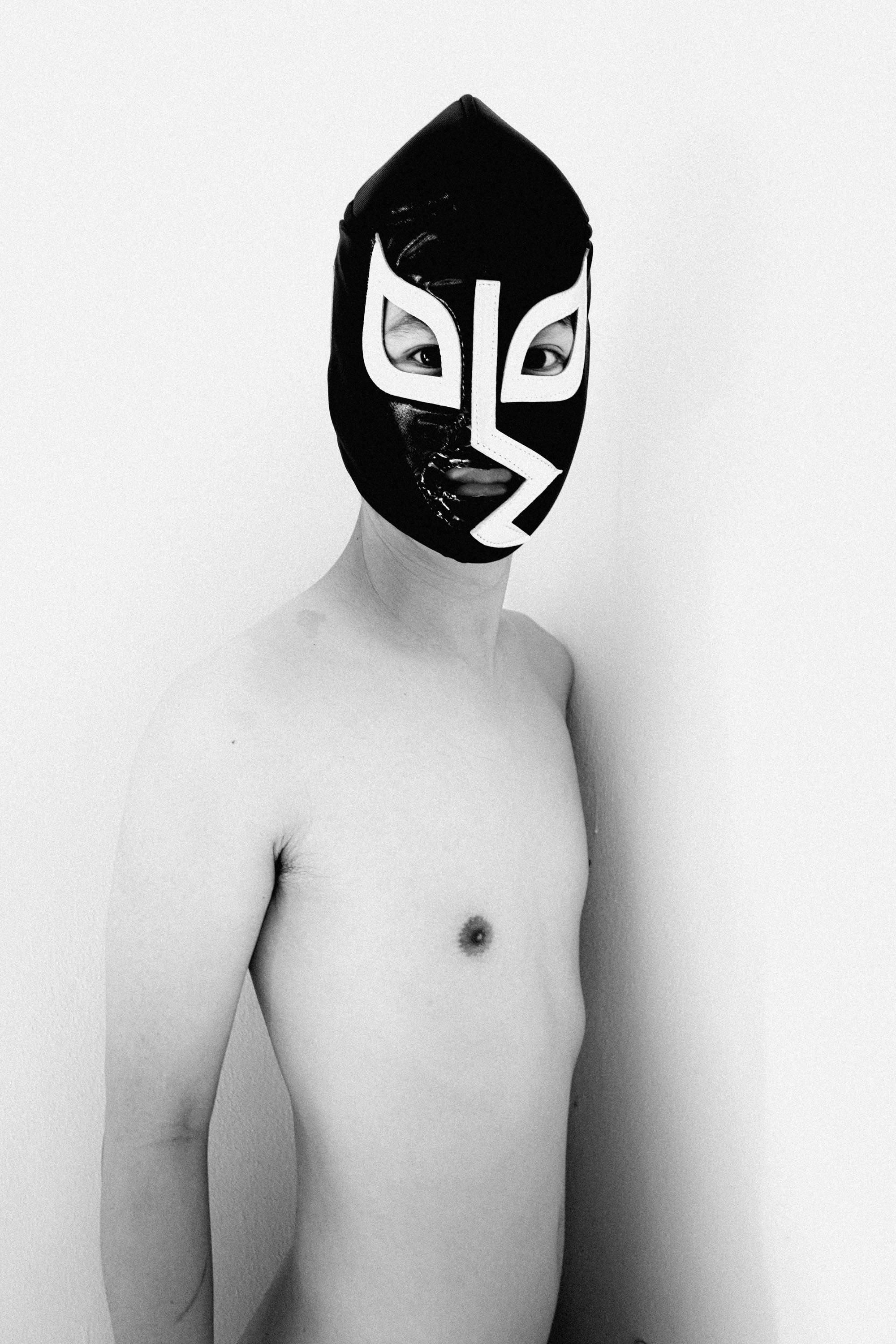 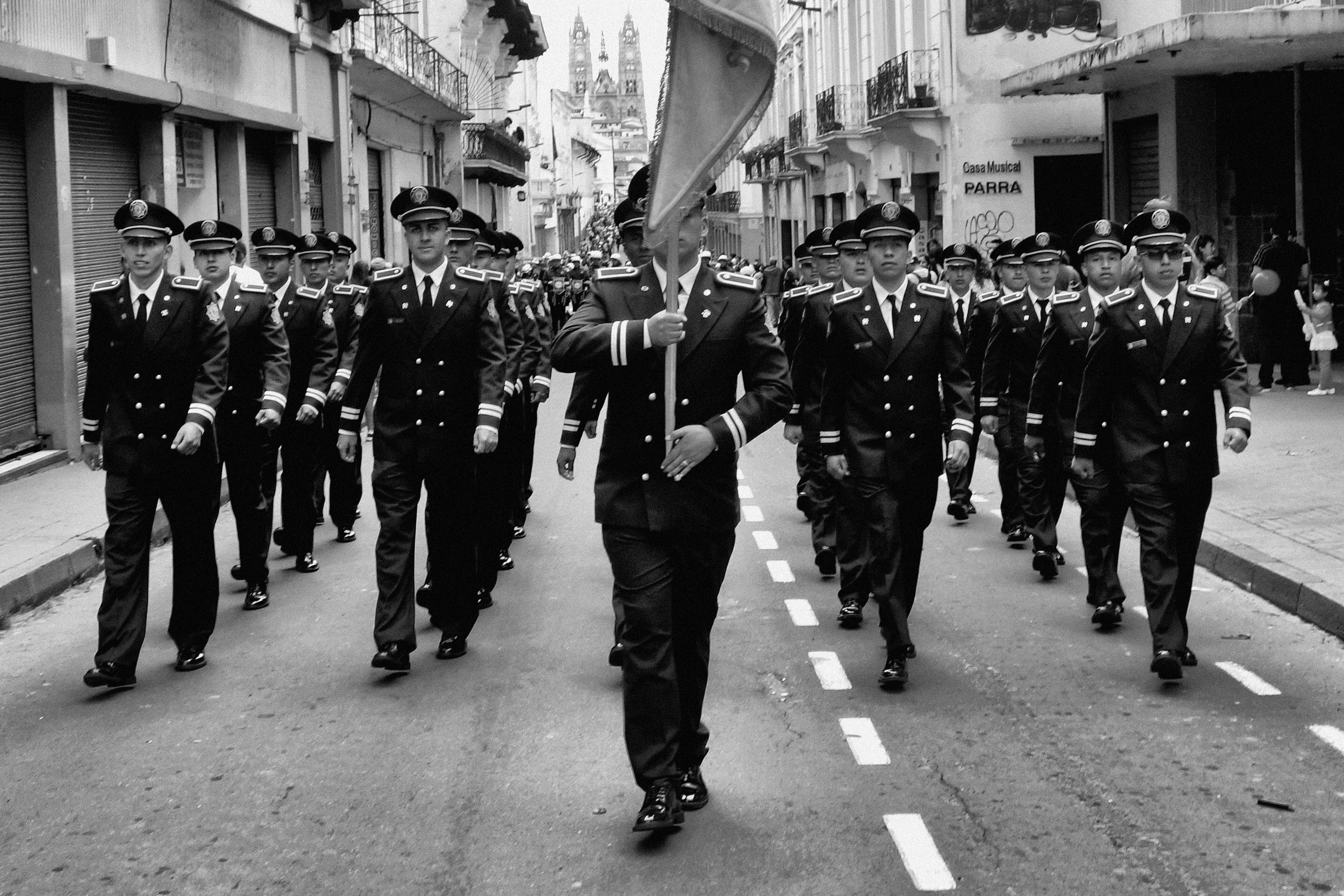 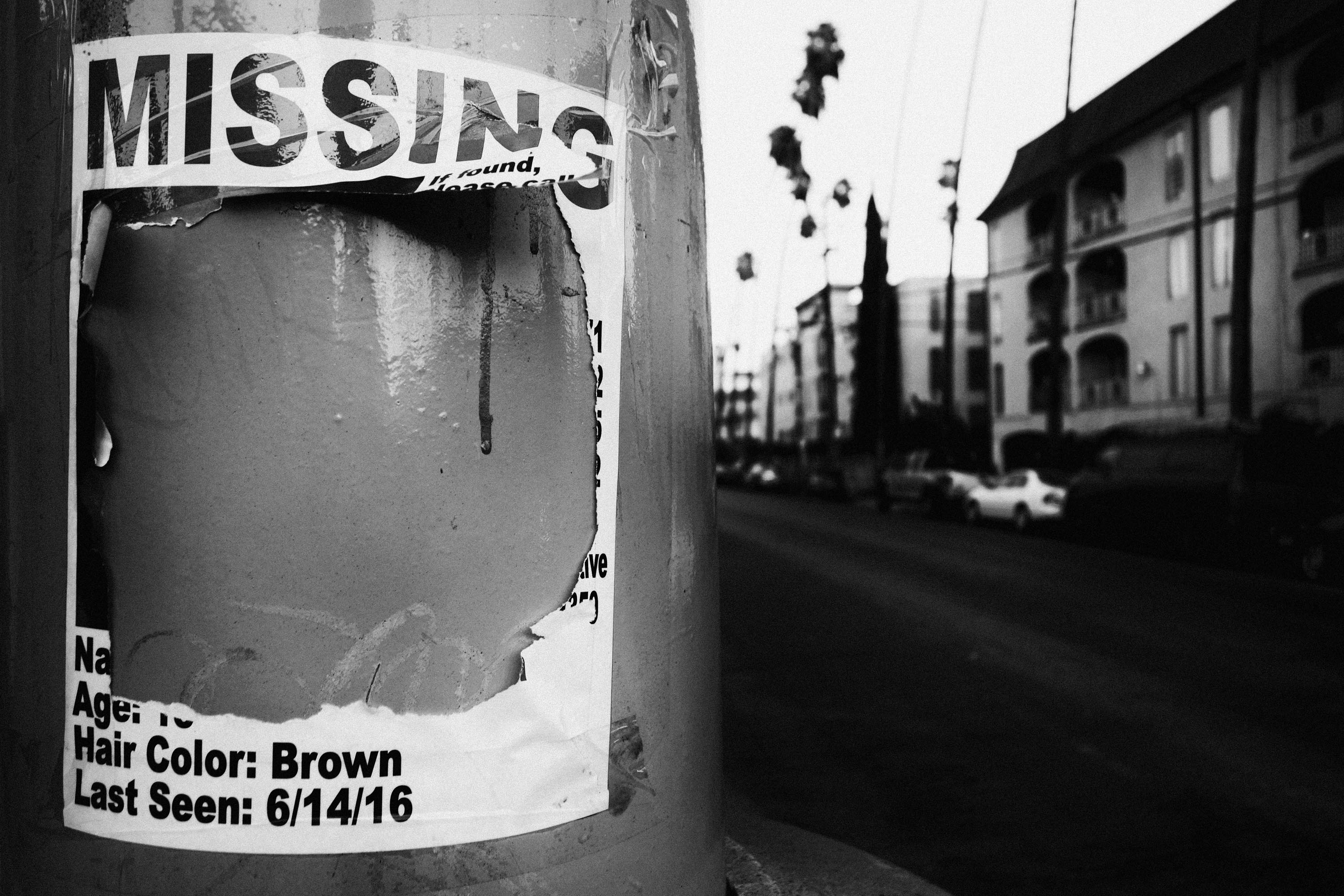 It runs the gamut, everything from literature to painting. I love mixed media art, the blurring of lines between mediums. I also find cinema to be a great influence, especially films by people like Andrey Tarkovsky, Tsai Ming-liang, Carlos Reygadas, and Chris Marker. I should probably mention that music, too, often informs what I do in a less direct way, as I’m always aware of how music and imagery can play off each other to create an entirely new third dynamic. 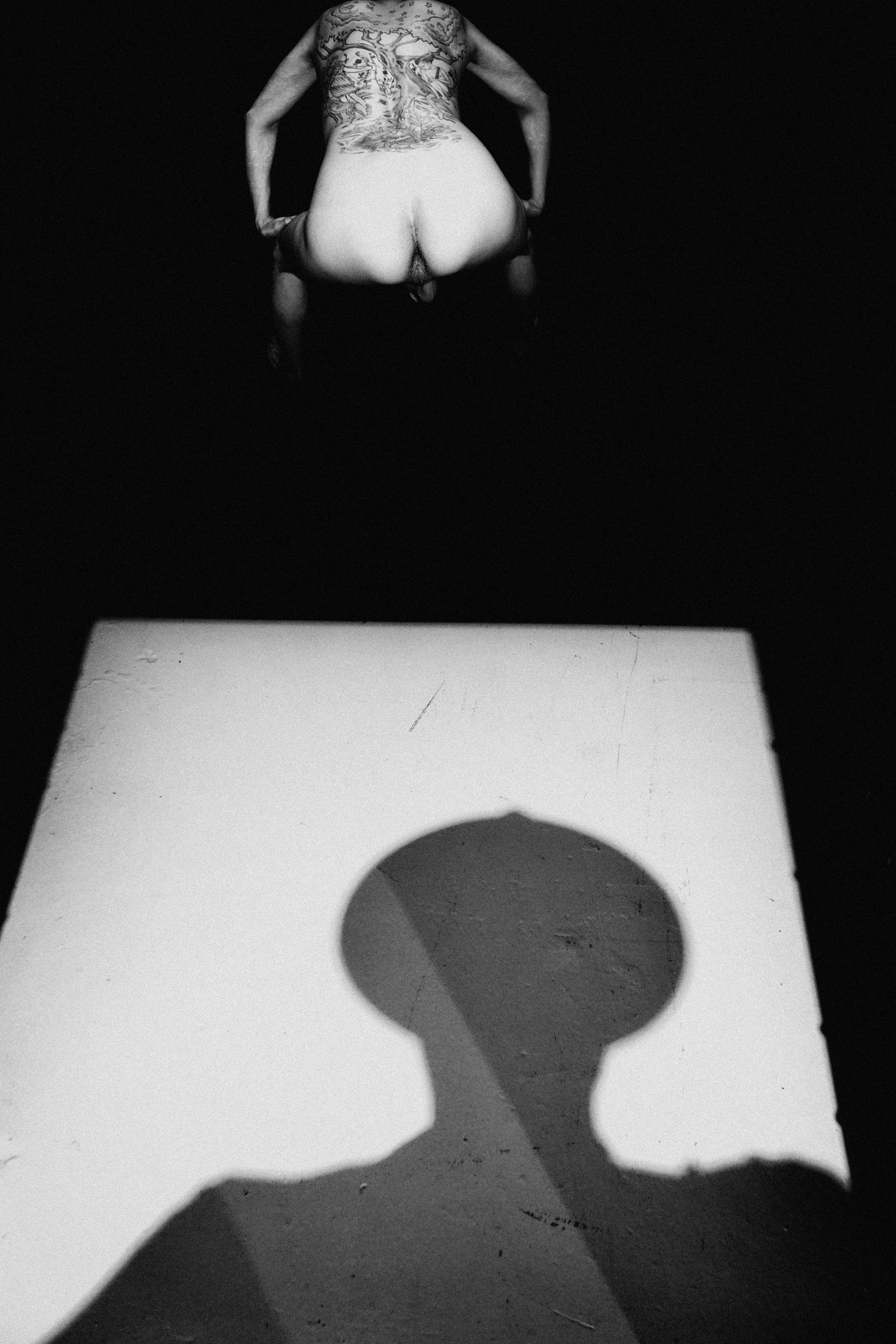 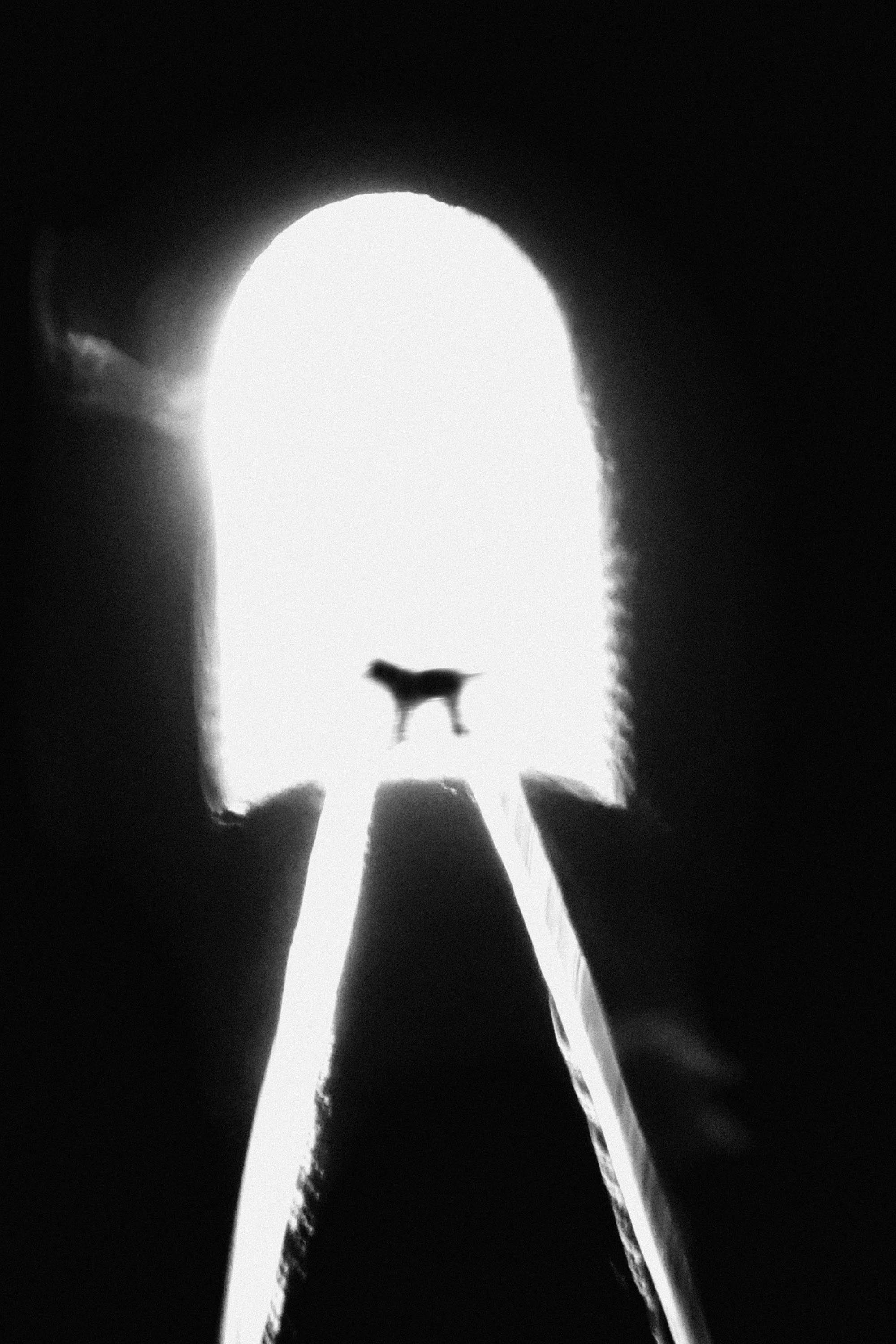 Nothing too dangerous. I once photographed an anarchist protest in Marseilles in which I had a lot of middle fingers shoved against my camera. Recently, in Ecuador, I was documenting an anti-government protest that consisted mostly of young men who were not too happy about me photographing their faces, but they were fine when I allowed them time to cover up with bandanas. Other than those two instances, I suppose I’ve had more risky situations than dangerous, such as when I’ve photographed male nudes in public, often in places that, had we been caught, might have led to some serious problems. I’m particularly thinking about locations in Turkey and India. 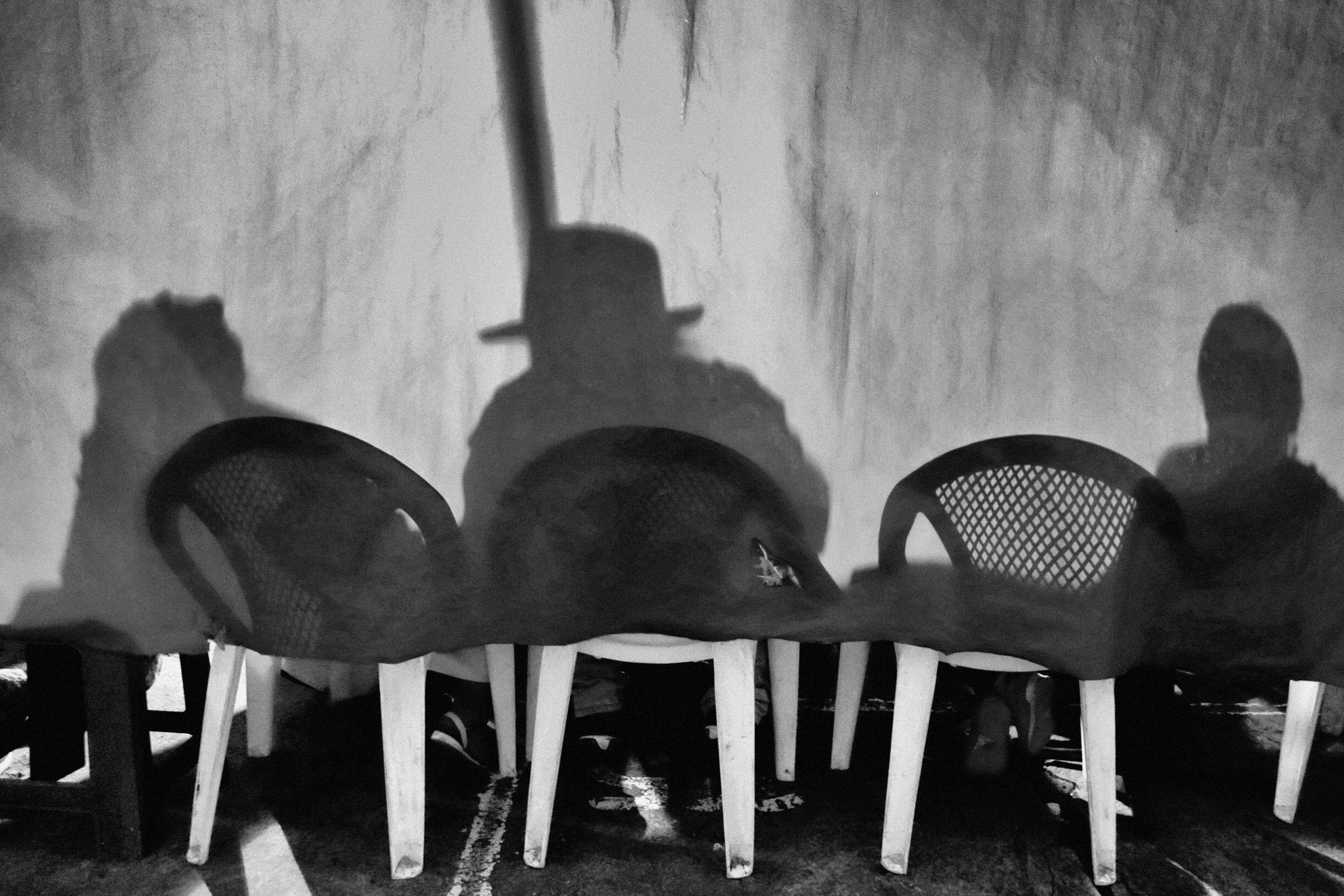